The Minnesota Senate held its first regular session on December 2, 1857.[4]

Jeremy Miller, a Republican from Winona, has served as Senate Majority Leader since 2021.

From statehood through 1972, the lieutenant governor served as president of the Senate. In 1972, voters approved a constitutional amendment that provided for the Senate to elect its own president beginning January 1973.[9] The president, who presides over official Senate proceedings, also acts as the parliamentarian and oversees the secretary of the senate.[10]

Committee hearings primarily take place in the Minnesota Senate Building, a 293,000 square feet office building that opened in January 2016.[13] The $90 million office building, which is located north of the State Capitol across University Avenue includes three committee hearing rooms, offices for all senators and staff, a raised terrace overlooking the State Capitol, and a 264-space underground parking facility.[14]

The 2016 session was held in the newly-constructed Minnesota Senate Building due to an extensive restoration at the State Capitol. It was the first time the Senate held a regular session outside of the State Capitol since its opening in 1905.[15] 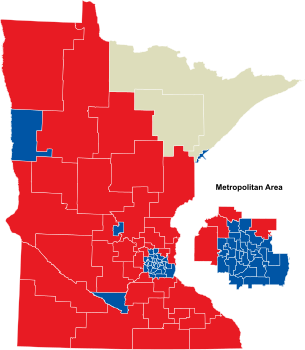 OnAir membership is required. The lead Moderator for the discussions is Scott Joy. We encourage civil, honest, and safe discourse. See Terms of Service for curation guidelines.

This is an open discussion on the contents of this post.